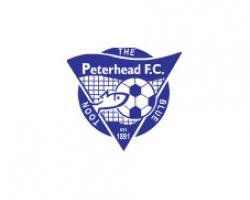 Peterhead 1-1 Airdrieonians: Match Report - view commentary, squad, and statistics of the game as it happened.Airdrie hold on for pointAirdrie survived a late surge of pressure to earn a valuable 1-1 draw at Peterhead.The Diamonds worked hard to keep on level terms in the early stages but went behind to a Rory McAllister strike in the 33rd minute

The striker atoned for a weak effort four minutes earlier as he slid in to poke a long ball past Andy McNeil.The strugglers responded quickly and Keigan Parker equalised from the penalty spot after a clumsy tackle by Dean Richardson on Scott Fraser in the box.The second half became a rearguard action for the visitors as McAllister and David Cox had chances to put Peterhead back in front.The pivotal moment came in the dying seconds when, amid a flurry of chances, Scott Ross could only hit the crossbar for the Blue Toon from close range